SHELF LIFE‘s subject matter couldn’t be any further from the Southern socialites and classical pianists of WANT and NEED, or the haunted Creole mansions and sexy psychics of SHRAPNEL.

Instead, it tells the story of a normal guy graduating from high school and his transition to commuter college life. Oh, and his dad’s an Operation Iraqi Freedom veteran who thinks a second civil war is coming to the U.S.

Forgive me for getting a little political here, but it’s a discussion my husband and I have had on a number of occasions. You see, he’s a Civil War nerd from a really rural town in Ohio, and although I grew up in the thriving metropolis of northeast Ohio (yeah, that’s dripping with sarcasm), I worked as a copy editor for a rather large, well-established agricultural newspaper.

I wasn’t there that long, but long enough to become disturbed by many of the things I was reading, things that don’t make it into mainstream media. Coming from a rural area and growing up with a sportsman father, I was fascinated by the discussions on cattle production — huge, industrial feedlots that inject their herds with antibiotics and hormones versus smaller operations that boast grass-fed cattle whose meat is leaner and healthier. 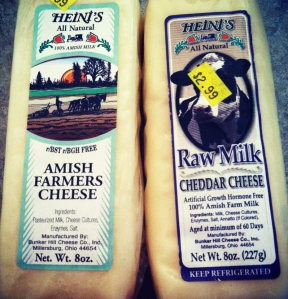 I learned ways of minimizing pesticide use. I saw what happened to prices when crops failed or too much of a good thing made it to market, as well as a host of acronyms: rBST,  IPM, CSA, 4H, FFA and OFB.

I won’t even get started on the debate over raw milk.

All the above comes together to solidify a theory hubby and I have long debated: Whether the U.S. has become so over-industrialized that people would no longer be able to take care of themselves if there were a catastrophe that wiped out their technology.

We saw a hint of this in the post-Katrina chaos of New Orleans. We also got a taste of it when the remnants of a hurricane took out our electricity in Ohio for a couple days, or when a lake-effect snow storm buried us in a couple feet of the white stuff.

Add in folks who squirm when they find out where their veal comes from (calf hutch, anyone?) or balk at those who carry and enjoy firearms (either for protection or recreation) and a perfect book idea was born.

I love the tension between town and country. It’s against this backdrop that SHELF LIFE is set. Does it make for an interesting read? I think so, but even if it’s not embraced by the New Adult community at large, it’s a story I need to tell.

What about you? Do you prefer tried and true tropes, or do you like to read something new?