it’s taken me a couple days to bring you this post, but New Adult Sleepover Weekend 2013 kicked my ass! What a fun-filled, whirlwind weekend!

Where should I start? Oh, yes, with Kate Roth, a fantastic writer, friend and roomie. After checking into the hotel and the welcome event, we gave away a prize for dinner and a haunted Savannah walking tour with us the next day. (More on that in a bit.) 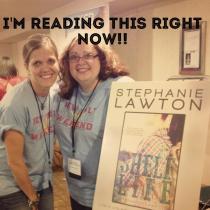 Then came the release party, where I launched SHELF LIFE. Check out this pic with the talented and adorbs Natasha Boyd (Go read EVERSEA and FOREVER, JACK. Thank me later.)

After that, well … writing is often a solitary thing. We have busy lives and don’t get out of the house much, especially on our own. Drinking ensued.

One of the results was that I signed author Dawn Pendleton‘s chest. Never did anything like that before, but I hope it’s not the last time I’m asked to sign a body part!

There were tattoos, pictures with random cute servicemen, twerking of Savannah’s austere statues, hmm, this is supposed to be a professional website. Moving on … (if you really want to see more embarrassing pictures, you’ll have to friend the other NASW authors on Facebook. There are lots.) 🙂

Saturday started bright and early (OMG, the hangovers), with panels. I spoke about writing from the male POV and there were thoughtful discussions on the advantages and disadvantages, how readers receive the POVs, switching POV in the book v. different books in a series, double standards, etc. 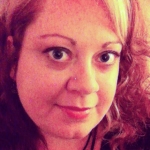 After that was a three-hour signing with all the attending authors. So much awesome in one room. Swag, too, including Alexia Haynes‘ fake piercing kits. I nearly pounced on those bad boys (sorry ’bout that).

The result was this picture, which I posted on Facebook to freak out my mother. Yes, I am an adult with two children of my own, but it’s still fun to freak her out now and then, heh.

In the afternoon, I spoke on another panel regarding hometown romances and the unique challenges they pose.

Then it was time for Kate Roth and I take our winners out to dinner at The Pirate’s House, complete with a chick walking around in full pirate get-up. Awesome food and atmosphere, so if you’re ever in Savannah, I highly recommend it, along with their fried green tomato stack.

Once dinner was over, it was time for our much-anticipated haunted walking tour. Finally! We were going to see some of the town and learn about its unique history. Did I mention it was ridiculously humid in Savannah? Because it was insane. Anyway, we met up with our tour guide, who was at least six feet tall with long legs. Try being a short fat chick and trying to keep up with that. Yeah …

The only thing significant about this pic is that I accidentally got the back of Natasha’s pretty little head.

He showed us some monuments, a haunted house or two, including the infamous one from MIDNIGHT IN THE GARDEN OF GOOD AND EVIL, and then things went south. A cold front blew in, the skies opened up and yet Ginger McLonglegs carried on with the tour while we got soaked to the bone (and by that I mean even our bras and underwear were wet) with mascara and eyeliner dripping in our eyes and down our faces. Good times.

House where a little girl was accidentally killed and a “hag” allegedly lives? Didn’t care. Former hospital that attacked workers, lawyers (heh) and now contractors who are attempting to renovate it? *yawn* Fountain that is allegedly built over a mass grave from a yellow fever epidemic? Mobile has those, too.

FYI, eyeliner BURNS when it gets in your eyes: 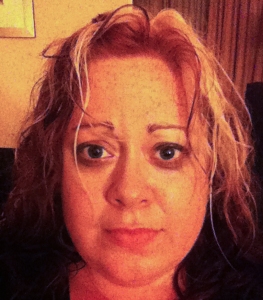 PJs! Wow, where did that waist come from? Oh, iPhone camera, how I love you.

Alas! There was no time to sit around and feel sorry for ourselves. The sleepover was about to begin! After quickly fixing our faces and hair, we donned our (dry!)  PJs and headed to the party, which included a 3-hour open bar and several party rooms. The most popular, by far, was karaoke. Joan Jett, The Backstreet Boys and Sir Mix-a-Lot (yes, baby does indeed got back) were awesome. When things devolved into Shania Twain, it was time for me to leave.

The following morning we dragged our sorry butts out of bed for breakfast, where we gave away gift baskets. Mine was a survival basket that included a signed copy of SHELF LIFE and other goodies that make a conference easier.

Much hugging and signing ensued, with promises to meet at other events in 2014. I think the readers enjoyed themselves, and they definitely got one-on-one attention.

Just before leaving, Kate and I decided to be goofy. Our books, THE LOW NOTES and WANT, respectively, came out at roughly the same time and cover similar material: teacher/student forbidden relationships and pianists. Because of that, they were often compared to each other. If you loved one, you’ll no doubt love the other. 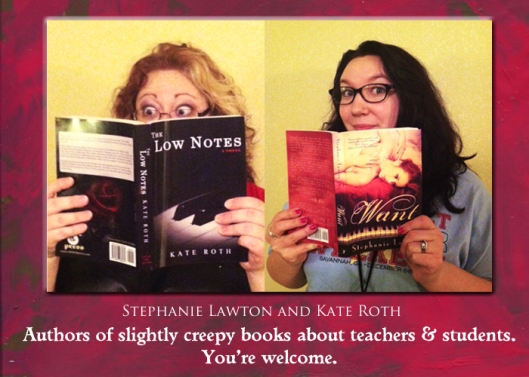 And finally, one last selfie. I loved the fake piercing so much that I went out and got one for real. 🙂

Although there were some unexpected bumps along the way, New Adult Sleepover Weekend was a blast, and I hope the readers had as much fun as the authors did. After spending three days with all those lovely, intelligent ladies, I know New Adult is in great hands and definitely going places. xoxo